Why HRT doesn't deserve to have a poor reputation

This article was originally posted at - https://www.thepharmacist.co.uk/is-there-a-connection-between-hormone-replacement-therapy-and-cognitive-decline/

The menopause represents a normal physiological change that on average occurs in women aged 51. Though not strictly an illness, the low levels of oestrogen associated with the menopause commonly results in vasomotor symptoms such as hot flushes and night sweats. Additionally, many women experience sleep disturbance, mood changes, musculoskeletal pain, vaginal dryness and low libido.

Though vasomotor symptoms can be effectively managed with hormone replacement therapy (HRT), in 2002 the finding of the Women’s health initiative study (WHI) involving over 16,000 postmenopausal women (aged 50 to 69) reported an increased risk of stroke, heart attack and breast cancer in those using HRT.

Other concerns related to oestrogen therapy were an increased risk of breast cancer and the results of the WHI study certainly scared off women and there is some evidence that prescribing of HRT decreased after the publication of the study.

Nevertheless, HRT is an effective therapy, not only for vasomotor symptoms but for osteoporosis and there is even the suggestion from observational studies that women treated with HRT had slower declines in cognitive function. There is also evidence that oestrogens may have neuroprotective effects and it has been speculated that the reason why more women and men develop dementia conditions such as Alzheimer’s disease (AD) is because as oestrogen levels fall after the menopause, the hormone is unable to protect the ageing brain.

Consequently, the use of HRT as a treatment modality for AD has been advocated – though studies have been disappointing. If, however, HRT is started soon after the menopause, then it is associated with a reduced risk of AD.

So should women take HRT to help reduce the risk of AD? A recent case-controlled study in Finnish women set out to try and determine whether prior use of HRT influenced the development of AD. The study included over 84,000 women with a diagnosis of AD and matched them to women without AD.

Data on prescriptions for HRT was retrieved from a Finnish national drug register. Unfortunately, the results suggested the opposite effect: use of systemic HRT increased the risk of AD by nine per cent (for women using only oestrogen) and 17% for women where a progesterone was added. Interestingly, the data revealed that there was no associated risk in women who used vaginal HRT.

While a potential concern, as the authors noted, such case-controlled studies can only show an association, ie that HRT is related to the risk of developing AD rather than a definite cause. In contrast to this work, a 2017 prospective study (ie following up what happens to people exposed to an intervention, in this case HRT) in over 8,000 women followed for 10 years found that use of HRT in postmenopausal women was not associated with an increased risk of AD.

These conflicting results are likely to both confuse and alarm women who experience vasomotor symptoms and wish to use HRT. This is particularly relevant because while many women stop HRT once vasomotor symptoms have resolved, a small proportion of women continue to experience moderate to severe symptoms even after 60 years of age and may therefore wish to continue with treatment.

Although a 9-17% increased risk seems disturbing, the results need to be seen in the context of the baseline risk of developing AD. For example, the incidence of AD in women aged between 70 and 80 years is 105 cases per 10,000 women. Extrapolating the results from the Finnish study indicates that an extra nine to 18 additional diagnoses per 10,000 can be expected in those who use HRT for more than 10 years.

Though the increased risk of AD is small, it is important that pharmacists approached by women seeking advice on HRT provide them with information on both the risks and benefits so that they can make an informed choice as to whether to continue with treatment in the longer-term. 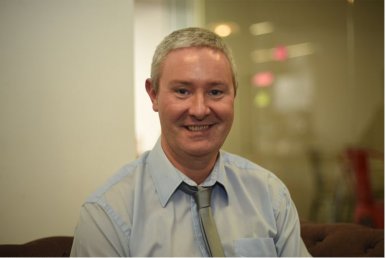