Taking HRT Does Not Increase Risk of Death

A study in JAMA was recently published which provides more reassurance about HRT for women. Scientists in the USA returned to the Women’s Health Initiative data – which focussed on 27,000 women aged 50 to 79 who took HRT for five to seven years. After following them for an average of 18 years, researchers found that death rates were unaffected by taking HRT.

This new research provides reassurance for women who are seeking HRT to manage a series of uncomfortable and sometimes distressing symptoms that can be associated with the menopause. I am delighted to see the report received publicity in national press and I really hope that many other sections of the media will help to get the news out to women across the globe. 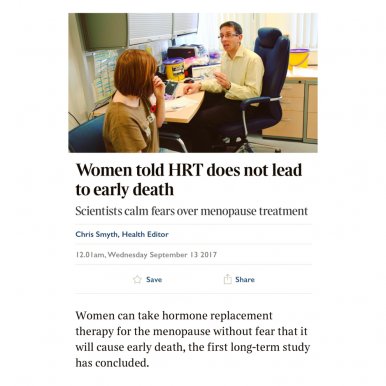