A study has just been published in the British Medical Journal entitled “Use of hormone replacement therapy and risk of breast cancer: nested case-control studies using the QResearch and CPRD databases”.

The results do show, what was already known, that there is a small increased risk of breast cancer in women taking HRT, including oestrogen only HRT. Not surprisingly, media reports are already circulating, which have misinterpreted and exaggerated the reported risks of breast cancer from this paper. This is clearly not helping women make well informed choices.

The increased risk reported in this study needs to be interpreted with caution and I will explain why.

The gold standard for any study and research is a randomised controlled study whereas this study involved looking at patient’s records in an observational study which is not as accurate a design of study.

The researchers looked at different types of HRT but did not include micronised progesterone which is the body identical progesterone. Other studies have shown that this type of progesterone is associated with a lower risk of breast cancer than the synthetic progestogens.

The study showed that there was a small increased risk of breast cancer in women taking HRT but the actual numbers were very small.

For women taking HRT between the ages of 50 and 59, there was only an extra two cases per 10,000 women years. There was no information about the type of cancer or the prognosis of these women.

There was also no information about exercise or whether the weight of the women in this study changed with taking HRT which is very important when considering breast cancer risk.

This is because there are other reasons why women develop breast cancer other than taking HRT.

Many women who take HRT lose weight, do more exercise and drink less alcohol because they already feel so much better. This means that any increased risk potentially of taking HRT is offset by their improvement in lifestyle.

Women need to be given advice based on robust evidence when making choices about taking HRT. There is no mention in this study about the advantages of taking HRT.

We have excellent evidence that women taking HRT for more than 18 years have a lower increased risk of developing heart disease, type II diabetes, osteoporosis, depression and dementia.

Yana Vinogradova, a senior research fellow in medical statistics who is one of the authors of the study told me “the risk of breast cancer in women taking HRT is very small. There are so many advantages of taking HRT that women should not be deterred from taking HRT as a result of this study.” 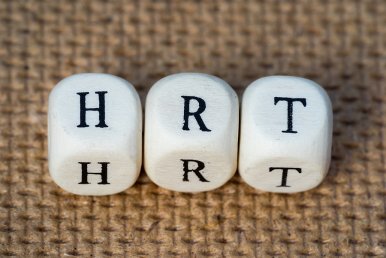