Almost half of police staff who have had "extremely problematic" symptoms of the menopause have considered quitting their jobs as a result, a survey has found.

More than three quarters of the women who responded to the Police Federation of England and Wales' menopause survey said they had suffered either moderate or extremely problematic symptoms at work.

But 44% of respondents who had taken time off due to the menopause had not told their manager the real reason for their absence, the survey found.

While 86% of managers who responded to the survey said that they would be at least somewhat confident to support someone they line-managed who was going through the menopause, just 11% of managers said they had been given training on how to do so.

Hayley Aley, a women's lead for the Police Federation, said there remains a stigma around the issue.

Speaking at the Menopause Action Group (MAG) conference, held in Wakefield on Thursday, she said: "Officers and staff do not feel they can be open about what they are going through and would rather struggle to come into work or take leave instead of report sick.

"The survey results show that there is less than adequate reporting facilities in forces.

"We need every force to recognise the impact that the menopause can have on health and just how unwell it can make you feel, every force should add menopause as an option in their sickness absence reporting fields.

"I'd like to say that our findings come as a surprise, they don't, but we now have an evidence-base to push for positive change."

Across England and Wales, around a third of female police officers are aged 45 or over, the Police Federation said, adding that it is hoped the findings can inform future policy and guidance on the topic.

Of these 59% were officers, 40% were police staff and 1% had another role in the police service.

This article was originally published at http://mediapoint.press.net/article.jsp?id=20685543 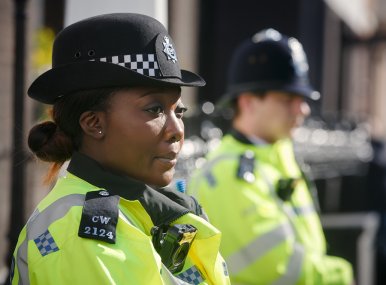