A study published in The Lancet shows the risk of breast cancer with hormone replacement therapy (HRT) in relation to the type and timing of hormonal intake.

The overall findings are in keeping with The National Institute for Health and Care Excellence (NICE) guidance on treatment of menopausal symptoms which notes a small increased risk of breast cancer associated with HRT.

The risk of breast cancer remained elevated for more than 10 years after discontinuing HRT and this appeared dependant on the duration of HRT use. Starting HRT between the age of 40 and 50 was also associated with an increased risk of breast cancer, but the number of women in this sub-group was relatively small.

“Women and doctors should be reassured that the findings of this study do not add anything new in terms of the effects of hormone replacement therapy. Research shows that, for most women, HRT helps to manage menopausal symptoms and is safe.

“Women must be informed of the small increase in risk of breast cancer so they can weigh these up against the benefits that they may have from taking HRT. Every woman experiences the menopause differently and symptoms vary. These can be extremely debilitating and have a significant impact on a woman’s physical and psychological health, career, social life and relationships. Unfortunately, many women are still suffering in silence and are reluctant to seek advice and support due to concerns around the risks of breast cancer associated with HRT.

“The findings from this research should be helpful to both women and doctors, particularly around when considering whether to start hormone therapy, for how long and which preparation they could take – whether it includes oestrogen and progestagen combined, or oestrogen alone. These findings should not put women off taking HRT if the benefits – such as protection of bones and decrease in cardiovascular risk – outweigh the risks.

“To put the risk into context, a woman has greater risk of developing breast cancer if she is overweight or obese compared to taking HRT. Women must be aware of the effect of obesity and alcohol which increase the risk of breast cancer and modifies the additional risk of HRT.”

“We welcome this further data on the incidence of breast cancer which will help us counsel our patients and women in general better. This paper provides further data on the impact of estrogen, and progesterone combined and estrogen, that adds more detail to that we have already gathered from overall assessment of the literature. It also includes some new information on different types of progestogen that surprisingly were found not to vary as much as had been thought.

“Of particular interest though is the impact of estrogen, and different regimens of combined HRT on obese women, where the former is found to have little effect but the increase with the latter is greatest with continuous combined HRT. However, in practice this must be weighed against the rapidly rising incidence of endometrial cancer which is significantly decreased by the continuous combined preparations.

“The overall findings from this study are in keeping with the NICE menopause guideline recommendations which show a small increase in risk of breast cancer with HRT. Women must be informed of the data on breast cancer risk with HRT to help them make an informed decision. This should also be considered in comparison to the risk of breast cancer with other lifestyle factors such as alcohol intake and obesity which have been shown to be associated with a higher risk compared to that with HRT. This should also be taken in the context of the overall benefits obtained from using HRT including symptom control and improving quality of life as well as considering the bone and cardiovascular benefits associated with HRT use.’’

For more information, please visit the RCOG’s hub on the menopause and women’s health in later life.

This article was originally published here 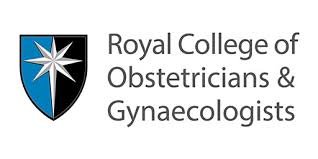