"14 years old and told I had gone through the menopause… yep that’s right 14 years old.

I will never forget that day, sitting on the bed in a hospital room waiting for the consultant to come into me and my Mum saying those words. My Mum balling her eyes out and me comforting her asking her to not cry as it’s ok. Thing is it wasn’t ok, but then I had no clue what the consultant was even talking about.

At the age of 12 I started my periods like a normal teenager. Then after a year they just stopped. I was struggling to concentrate at school and the nights were hell. Waking up dripping with sweat and just feeling weird. That’s literally how I described it to my mum one day. I don’t feel like me mum, I feel weird. So off we went to the doctor’s. I explained what was going on and I was referred for a blood test and an ultrasound. Then two weeks later a consultant gynaecologist confirmed I had gone through my menopause and that I needed to start taking HRT tablets.

I was told I had a womb but a small one and that they could only find one ovary. That was the first and the last time I was going to see my consultant. I am now 39 years old. I literally have never been contacted since. Not given any follow up appointments, no help, no guidance to understand what had happened to me nothing. Put on Prempak C and left to just get on with it.

Even when Prempak C was discontinued a few years back I wasn’t even informed by my doctor. The pharmacist told me when I went to pick up my meds. Meds, may I add that I have to pay for… which I find astonishing. I need to take these daily and I had none left so luckily after a long phone call I managed to get in with a GP the next day. Who then told me there was no exact alternative and she was putting me on another brand. But that was horrendous. All my levels went crazy and my symptoms returned, and my bleeds were so painful. I then was changed onto Femoston which I now take and luckily have no problems with. Even my bleed isn’t as painful anymore as I have to have one monthly to keep the lining of my womb working properly, in-case I was to decide I wanted to try IVF. Something I have decided against, as I cannot go through a grieving process again if it wasn’t successful.

As a child I needed to learn what it all meant, and back then there was hardly anything on the internet to read and even to this day limited material to a teenager experiencing this happening to them. This needs addressing as I felt lost for years as I just didn’t understand it all. Medical professionals looked at me like I was some sort of freak. If I was given a pound for the amount of times a doctor or nurse has said to me you poor girl when I answer the dreaded question… “what medication do you take”. I would have had loads of work done on myself. Which leads me on to how I have felt growing up… hating what I saw looking back at me in the mirror. The one job a woman is given to do, and I couldn’t even do that properly. I felt like a failure. A failure as a woman.

I can’t say I grew up depressed, I just learnt how to cope. I grew up not liking my appearance. I suppose I felt insecure about myself. I struggled with relationships with guys as I knew I had it looming over me that one day I was going to have to tell them. Even when I did tell them or my friends, neither understood. I even lost a friend over it as she said I was lying and that it was a sick thing to make up! Charming ay… The response I got from the close few I did tell was always the same… It will happen one day mate, loads of women are told they can’t have kids and they do.

Nobody understood what I was saying. Because no one was/is educated enough. No one knows what it means. Even to this day people still do not understand. So, in my words I say it how it is…. To produce a baby, you need an egg and a sperm, and I don’t have eggs, end of.

Literally one week ago I decided I was ready to talk about my experience out loud and to try and get this recognised more. To get people to speak out and not hide it all inside, because you feel everyone will be gossiping about you.

Unfortunately, it happens to all of us females one day. There is no set age limit on it, which I am living proof of….."

Dr Louise Newson said "Hayley's story saddens me so much as she has had to go so long without adequate help, advice and treatment. Her story will resonate with so many women who are neglected during their perimenopause and menopause. With increasing awareness of the symptoms that can occur during the menopause and also the health risks of the menopause women deserve better treatment. It is essential that all women can access evidence-based health and treatment for their menopause."

You can follow Hayley over on Instagram @adoption_howyouwillmakeus_poi where she is openly documenting her 'Journey to 3' as she hopes to adopt her first child. Hayley hopes that her journey will inspire other women who have had an early menopause to realise that there are other choices for children. 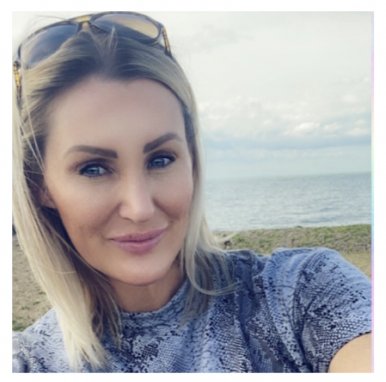