Calls for testosterone to be licensed in UK for postmenopausal women

In this recent article in the Guardian, Dr Newson explains why it is 'morally wrong' that testosterone is not licensed in the UK for use by women.

The lack of availability of testosterone for postmenopausal women in the UK is morally wrong, an expert has said.

The criticism comes after a taskforce brought together by the International Menopause Society (IMS) found testosterone could help women with hypoactive sexual desire dysfunction (HSDD), asignificantly reduced interest in sex after menopause.

HSDD affects about 32% of women at midlife. There are no figures for the number using testosterone but Louise Newson, a GP who also runs a private menopause and wellbeing centre in Stratford-on-Avon, estimates that in the UK, less than 1% of those who would benefit from the hormone are prescribed it.

Testosterone for women is not licensed by the UK’s regulatory authorities and is only available privately.

“There is something really morally wrong about it when men are allowed to get testosterone and Viagra prescribed on the NHS, but women can’t get testosterone formulated for their sexual needs,” Newson said.

The IMS’s global position statement on the use of the hormone for women was published this month and follows years of debate. It confirms postmenopausal women with HSDD can benefit from improved sexual desire, arousal, orgasm and pleasure, as well as reduced distress about sex.

The statement points out that the evidence does not support the use of testosterone for any other symptoms or medical condition.

Prof Susan Davis, the IMS president, said: “This position statement has far-reaching global consequences. It reassures clinicians that a trial of testosterone therapy is appropriate for women with HSDD.”

Sharon Parish, professor of clinical medicine at the Weill Cornell Medicine facility in New York, added: “The global position statement has been developed, approved and endorsed by a broad group of experts from international women’s health, sexual medicine, endocrine, gynaecological and menopause societies across the world.”

“The key message is that testosterone clearly has positive benefits on sexual function and minimal side effects and low-risk profiles, and is a very important and critical treatment option for postmenopausal women with HSDD.”

Newson said the statement was long overdue. “Hopefully it’s the first step in getting testosterone licensed for women in the UK,” she said, adding that it was safe and the risk of side-effects was very low. “About 70% of our patients are on it and [guidelines from the National Institute for Health and Care Excellence] say to consider it if women are concerned by reduced desire.”

Though testosterone is often perceived as the male hormone, women produce three times as much as oestrogen before the menopause. It plays an important role in sexual arousal, sexual response, libido, bone strength, cardiovascular health, cognitive performance, energy levels and wellbeing in women. Many women with reduced levels of the hormone find that taking testosterone improves their stamina and energy levels, both physically and mentally.

Testosterone is not licensed for women and those who are prescribed it have to use testosterone packaged for men.

Haitham Hamoda, a consultant gynaecologist and chair of the British Menopause Society, said: “We’ve been using testosterone in the NHS for a couple of decades for women who tell us that they are worried by their lack of sexual drive.

“But because it’s not licensed and packaged for women, I have to give them sachets designed for men. Men use one sachet a day but women have to divide that sachet over 10 days. This is obviously messy and tricky. There’s a definite need to have a female preparation but we can’t control companies’ commercial decisions.”

‘My energy is back’: how testosterone replacement therapy is changing men’s lives

Meg Matthews, the former music PR who has become a prominent campaigner on the menopause, takes testosterone. “I use it every two days to get back my libido,” she said.

“Using [hormone replacement therapy] without testosterone seems mad to me. If you were a car, you wouldn’t just put petrol in it. You need oil to make things run smoothly. Testosterone is my oil but I have to pay privately to get one in a female formulation. It’s crazy that it’s not licensed for women in the UK.”

Nick Panay, a consultant gynaecologist who was on the IMS panel, said the benefits of testosterone for women were clear. He advised that women contact the Department of Health to get the hormone licensed in the UK, “because they’re much more likely to listen to women than to us”.

A spokesperson for the Medicines and Healthcare Products Regulatory Agency said: “The MHRA will evaluate any application submitted to it as part of the normal licensing procedures for medicinal products. All applications are evaluated on the evidence and data (safety and efficacy) generated in support of the usage proposed for the medicinal product in the particular indication.”

The original of this article can be seen here 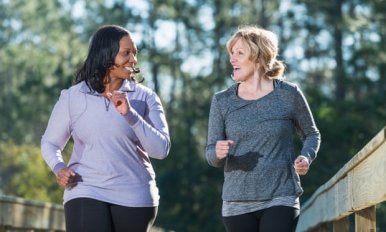